God’s Plan for the Marketplace

The owner of a retail furniture store was about to leave for a trip to China for business and then go on to meet his family in Europe for a vacation. All and all, his travels would have him away from the store for nine weeks. This was by far the longest he had ever been away from the store and he worried about the welfare of his great company. Alone in his office, a place where most of these thoughts came to him, he concluded: ‘I have three good managers. These people can be trusted to run the business while I’m away. They have always served me well.’

With a buzz of the intercom, the three managers were sitting in the office awaiting their assignments. The first manager was a thoughtful and strong family man. This manager was given $50,000 and told to do with it whatever he pleased. The store owner said with a wry smile, ‘I want to see what you have done with my money when I return.’

The second manager was a loyal person. She had worked for this store owner for many years and proven herself on many occasions. The store owner opened his desk drawer and handed her 200- $100 bills. They quickly hugged as the money passed between them. The boss said, ‘Use this money as you see fit.’ She showed her typical approval and left the room.

The final manager was a good man. He never stole a thing, never cheated anyone, and never made fatal mistakes. He was safe and deliberate guy, who never lost money, was never impulsive nor took risks. He’d always been the first to give warning anytime someone suggested a step into the unknown. You know this man, the one everyone counted on to give caution to new ideas. He had been with the company longer than any of the other managers, and had made a safe and happy home for himself and his family. A real Steady-Eddy, this one is.

When he received his envelope, the boss made the same appeal as he gave him 100 Franklins. ‘Do with it as you see fit. When I return I want to see what you’ve done with the money.’ Once the man was alone he had a conversation with himself that went something like this, ‘The other managers were given more money than me. He only gave $10,000; he must like and trust those other managers more than he likes me. He doesn’t have much faith in me. If he did why would he give me such a small amount? I guess I must not be as smart as they are, or maybe it is my lack of education, or ingenuity. I guess I’m nobody!’

Finally an idea came to him. He remembered the boss telling him, ‘Do with it what you see fit.’ He decided to bury the money. ‘It’s the best I can do to protect it,’ he thought to himself. ‘After all, I’m not as smart, educated, or successful as the others.’ With that he found his shovel and went to the backyard.

Jesus first told this story in the Gospel of Matthew chapter twenty-five. Verse 14 tells of the travels of the boss, verse 15 reveals to us the first two managers’ view of the responsibility and money. The key lesson is the understanding that it’s impossible to trade something unless you are willing to release it. Trade means to give up something in an effort, with the expectation that you’ll receive something better in return.

In verse 17 we are told ‘And likewise, he who had received two gained two more.’ These first two men were prosperous because they looked at what they had, took risks and released it for the promise of something greater. God gave their boss the money, their boss gave them their allotment, and they prospered. They multiplied it! The amazing nature of God is clearly shown in this passage, for success is assured for the obedience in faith. No mention of failure. If they obey and follow the plan they succeed. Period.

God desires for his people to live in increase. He wants us to be prospered. I pray that you may prosper in all things and be in health, just as you soul prospers. (III John 2.) Isn’t it clear God wants his children to prosper? How can this fact be denied? However, prosperity should never be the end in itself! It ought to be the result of the quality of a life committed, dedicated, and filled with action that is in line with the Word of God. Euodoo is Greek for the word prosper; literally it translates to ‘to help on the road’ or ‘succeed in reaching.’

God clearly intended for prosperity to be part of every area of our lives: the spiritual, physical, emotional, relational and material! The third manager was gripped by the spirit of poverty. This sprit is a place we go that makes us believe it’s normal not to have enough. We think it is normal to be in debt over our heads and unable to fulfill the vision of our company. This mindset eventually leads an inability to fulfill Kingdom issues because the marketplace becomes so hand tied and fearful of losing the blessing that God gave them. The lines between what ‘they earned’ and God’s gifts are blurred, and business finds itself outside of God’s commands. When this happens, God can no longer bless the organization until it is brought back in line with his divine guidance.

Our great God is a steady and legalistic Father. He will always follow his exact plan for the Kingdom. Whether we waiver or waddle, God’s steady hand will never change. I conclude that God’s plan for the marketplace happens in four distinct ordered steps:

A sprit of poverty can infect individuals as well as entire organizations, and corporations. It infects them with the attitude that not losing is winning; not giving up ground is taking ground; not being defeated is victorious; not dying is living.

We must simply remember what God told Adam and Eve in the Garden of Eden. He said, ‘Be fruitful and multiply; fill the earth and subdue it; have dominion over the fish of the sea, over the birds of the air, and every living thing that moves on the earth.’ (Genesis 1:28)

Jesus told his disciples in Matthew 28:18-20, ‘All authority has been given to Me in heaven and earth. Go therefore and make disciples of all the nations, baptizing them in the name of the Father and the Son, and Holy Spirit, teaching them to observe all things that I have commanded you; and lo, I am with you always, even to the of the age.’

David Lively, partner at The Lively Merchant, has over 20 years of hands-on experience in the home furnishings industry, from the warehouse to the sales floor to the boardroom. He has walked the walk and talked the talk from the family-owned, single-site store to the multi-state, multi-million dollar operation; from sales training to computer programming; from warehouse construction and operations to financial management; from new store construction to complete renovation. Twice named to Furniture Today’s “Beyond the Top 100” list of independent retailers and 1997 “Ohio Retailer of the Year,” David’s wisdom was won on the front lines of a furniture store and his battle scars have given him a compassion for counseling today’s retail warrior. 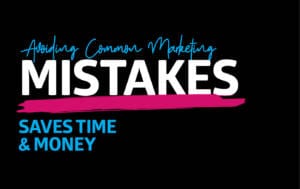